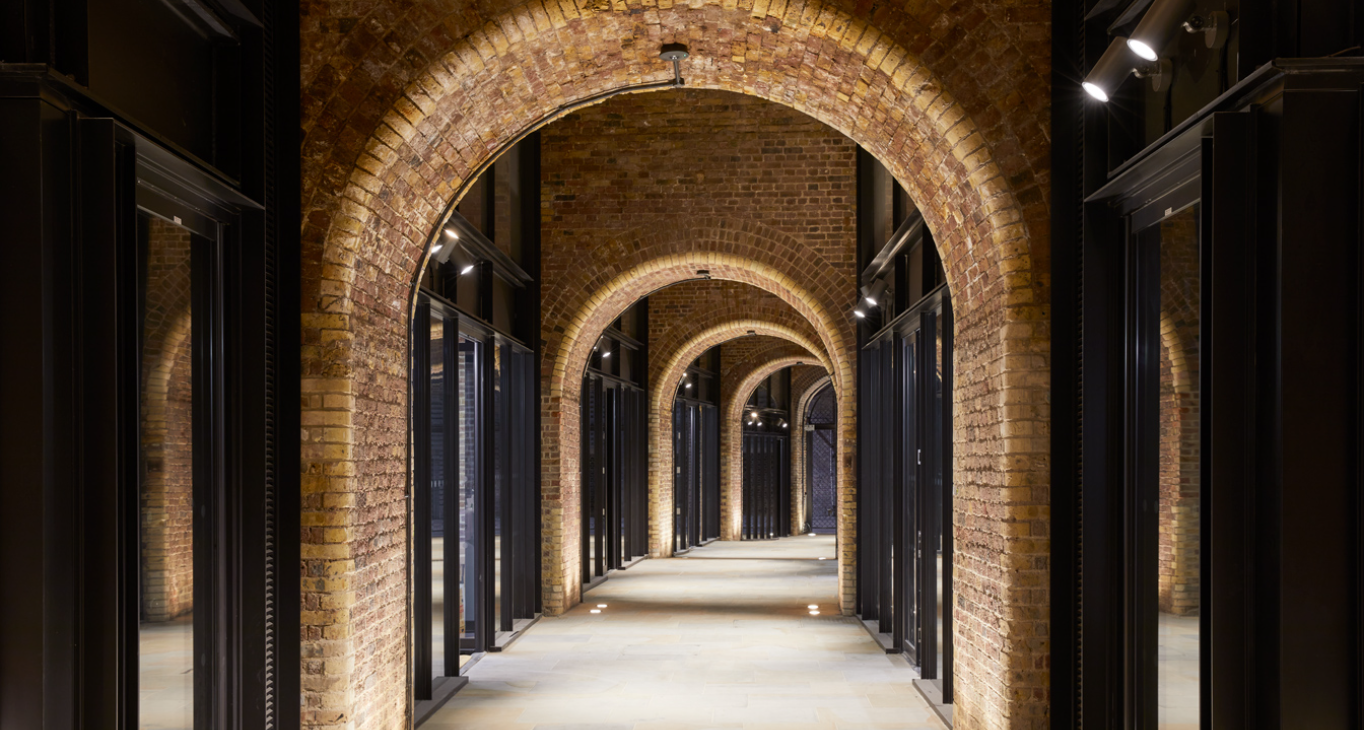 A first look at Borough Yards with architecture studio SPPARC

A first look at Borough Yards with architecture studio SPPARC

With historic Borough Market on one side and the River Thames on the other, Borough Yards comprises a network of retail streets, cultural galleries, workspaces and a cinema.

Masterminded by London-based architecture studio SPPARC, the new mixed development reinstates a network of medieval streets that once connected Borough Market with Clink Street and the riverside – opening up an area that has largely been shut off to the general public for generations.

Until SPPARC set about reinventing the enclave, neglected warehouses were all that were found here. Phase one of the project, named Soap Yard, opened in December 2021 and phase two, which is being referred to as the ‘grand opening’, is set to launch in spring 2022.

The architecture pays tribute to history of the area with motifs that nod to the surrounding buildings, while reviving details that would have been present back when the area was first built. Street names have been preserved, signage painted onto facades, and brickwork restored to ensure that Borough Yards becomes part of the surrounding London fabric.

“We wanted people to walk through Borough Yards feeling like they’ve been there before, but they don't quite remember when,” explains SPPARC’s founder Trevor Morriss. “It's like you're rediscovering something rather than going somewhere new.” 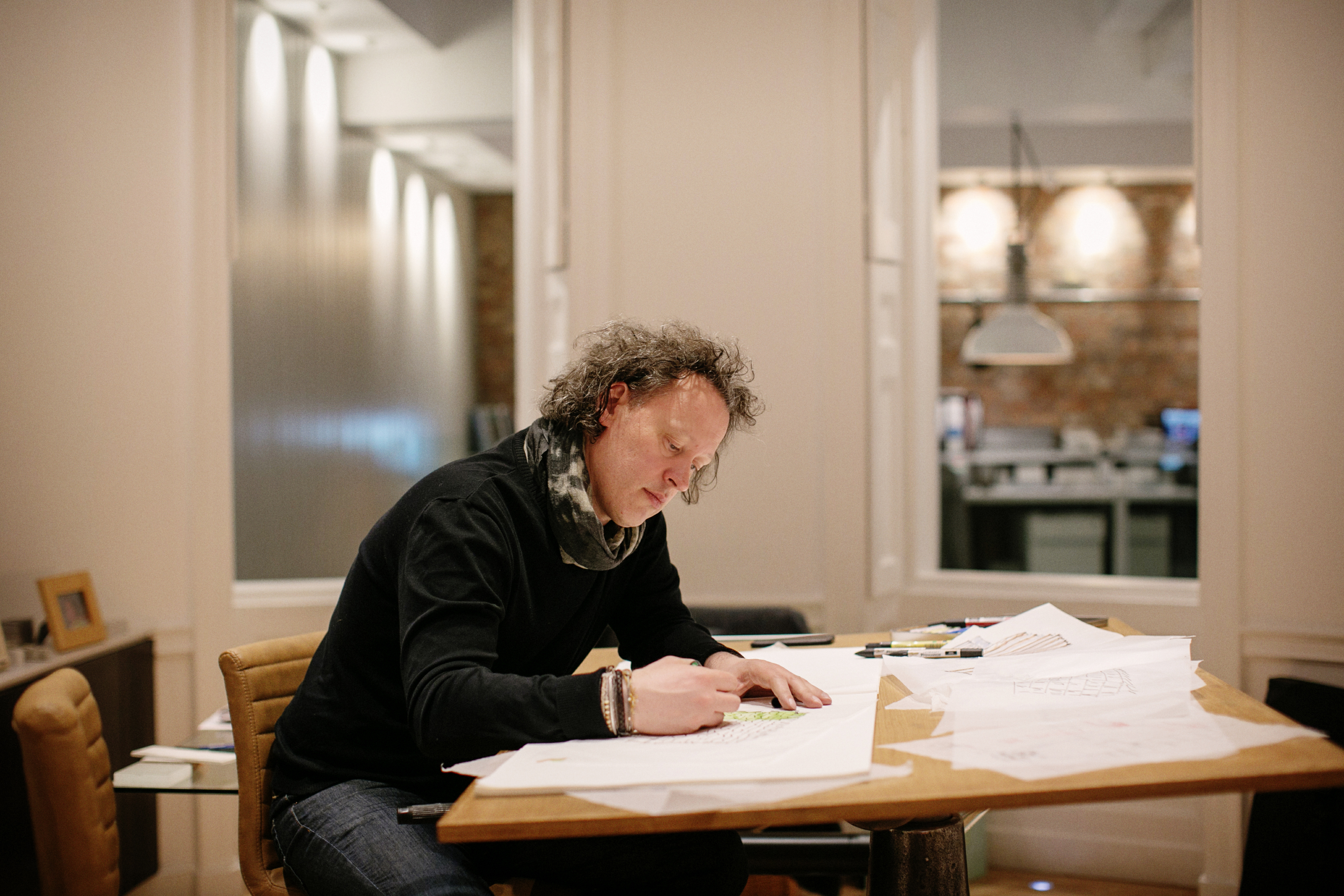 On this mission to blend the new with the old, SPPARC matched the width of the new streets to that of Clink Street, so that they feel like a natural extension of the area. Faded signage was also commissioned for the Soap Yard façade to “give the impression that it had been there for a while”.

Inspiration, Trevor explains, came from nearby Take Courage House: “As you go along the railway you can see the words painted on the side of the building. It’s a landmark. I remember going past that building on the train when I was a kid on the train. For me, the whole area here is as much about the railway as anything else, it’s part of the character of the streets. The weight of the railway defines it.”

Every design detail has been carefully considered when piecing together the fabric of Borough Yards. The perforated brick patterns take their cues from the famous neighbouring market and other local landmarks. “On another building, detailing from Southwark Cathedral, which stands opposite, was introduced to create a dialogue between the two facades,” adds Trevor.

There’s a real sense of revival around the project, which has ushered in a string of new tenants including famous retail brands ­and restaurants. On the eating front, Eastern Mediterranean restaurant Brother Marcus has opened its third London venue in Borough Yards, joined by the likes of Vinoteca, Barrafina, Parrillan and Butchies Fried Chicken.

At the gateway to Borough Yards, on the corner of Stoney Street, sits a large Paul Smith store with a bold neon-lit artwork by F.R.A. Creative that illuminates the new public squire and guides visitors through to the arcade.

“It’s an interesting kind of art installation that picks up words from the area, so it represents the history of the place,” says Trevor. “There are words like ‘scoundrel’ in there, and ‘traveller’, because this was never the richest part of town. It was the playground. Shakespeare's playhouses were here because they couldn't be on the other side of the river. Dirty Lane was so named because it was where gentleman seeking pleasure in the area would leave their horses. They were very wonderfully descriptive with the place names at the time,” he laughs.

Pronounced arches, envisioned as tunnels, were also added by SPPARC to welcome and direct pedestrians through the district. For Trevor, these are exactly the kind of details that architecture must pay attention to – along with the needs of end users. “When there's been thought, care and attention imbued into a space, when it isn't just an architect’s whim, that’s when buildings have longevity”.

As well as the Borough Yards project, SPPARC specialises in large-scale cultural work. They’ve completed work in Tbilisi, the capital of Georgia; in the Caribbean; across London and the UK; and in New Mexico with Richard Branson and Virgin Galactic. “Branson is basically developing spaceships creating new colonies. We designed a highly futuristic live-music venue.  It’s something which is completely different to what we normally do.”

SPPARC are also busy with a massive project at Olympia London, with a new raised street that occupies the space above the exhibition halls. “It was registered as the People's Palace Olympia when it was opened in the 1890s. But there's a kilometre of the perimeter to that building – and unless you had a ticket to go in, only nine metres of that was active. And that didn't feel like much of people's palace to us.”

The idea is to create new streets that are accessible from Hammersmith Road and Olympia Way.  “So effectively, we lifted the ground floor and created a whole new public realm that kind of floats over the top of the listed buildings. You have access to a new music venue, a new theatre, a new workspace, and two and a half acres of new public ground. It includes a new sky garden, that’s covered but open and underneath a new arch.”

Phase two of Borough Yards is set to open later this year. Take Courage House is available for short stays.